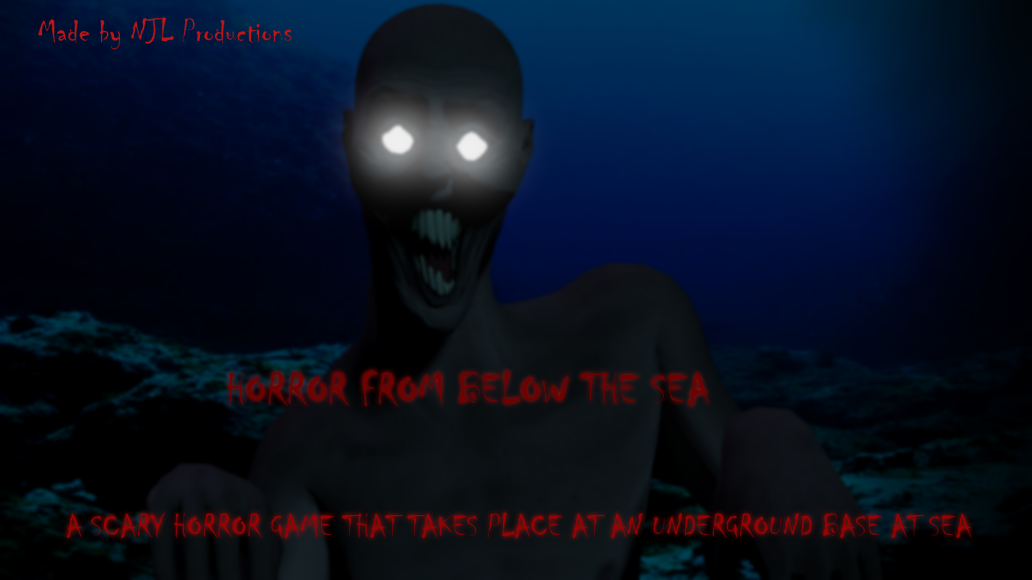 Story: your a member of a scientist of an organisation in the sea where the scientists are developing a cure from sea illness. How ever when underwater researchers returns from discovering a strange object where they turn out dead at the submarine pod. You felt ill, and been knocked out. When you woke up. Dr. Rob forms you that nobody is around as you recently discover the truth threw out your journey. and this is where you find out later.

Info: Horror from below the sea is a scary horror game that takes place at an underground base at the sea, it will include many endings and replay value. promising visuals. Great graphics and atmosphere that feels like your very scared at sea.

Story by me and Kate hill

This is clearly a ripoff of strange terror from the deep. I know what you're gonna say "It's Inspired and the monsters and story is different". Just don't try to deny it or people or gonna give you more backlash

trust me. the rest of the game will be different. i'm gonna do updates on the game

wanna see the other games i did?

i have seen them

what do you think? also did you see my new game as well?

I'll give you a follow, I'm curious to know what games you'll work on in the future. I think you have a lot of potential. The story sounds eerily similar to Dave's, but I can't say too much since the game isn't even out.

I think the negative review on Dave's page was also uncalled for, even though I understand you may not have had any negative intentions. Dave's graphics aren't ugly, he just uses a low-poly style in his games which I think are great. Others may have different opinions though.

I hope you continue to make your own original ideas, I know you're passionate about game-developing and I'm pretty excited to see the final game. Good luck!

Huh, that’s funny. Why does story part in the description of the game sound the exact same. Why is the link to the game have “STFTD” . Stop making the game and stop bullshitting 🤡   EDIT:  oh wait, you just changed the link to avoid backlash, smooth move

trust me, the game play, story and monsters will be different

Hmmm. Ok. So far I don’t believe the story part since the description matched the one from the game you are cloning. So I don’t know if I can “trust” someone who is cloning a game that they shitted on. Can’t wait to see this revolutionary gameplay and graphics that make Daves art style look like complete shit like you said it was

worry. but don't worry. the rest will be original for now on.

This man copied dave's work and left him a bad review when hes literally copying a game he didn't like. Looks like we got a

So.... just "Strange Terror From The Deep" but with some changes to the story and different graphics. The titles and pictures even look identical! Total Rip off. Do Not Get This Crappy Rip Off Of A Game!

it's not a rip off, some are inspired. the story and monsters are different

Yes it is.  Stop defending yourself. You are looking more like a clown with the "bro check my gamejolt look see these games arnt ripoffs" and "Its inspired". Lol no, You got jealous of Daves popularity and you are nothing more than a leech. Nothing wrong with making pariodies or inspired games but your shit looks like a ripoff thats topped off with your shitty comment thats defiling the work you clearly copied. Just admit it.

I don't want anyone starting a witch hunt against you, I honestly don't know how they were able to find your game and I don't want this to cause any ill will towards eachother. While I still disagree with your decision to make this game and I do hope you'll reconsider and not make it, I wouldn't want this to turn into a flame war either with my fans attacking you n all.

Uh dude, this is kind of insulting. You say my game is lazy then you go ahead and start development on a clone? Like come on man, the title is a play on Strange Terror From The Deep, the story sounds similar, there's a character named Dr. Sam instead of Dr. Salmon and the logo looks eerily similar to mine.

So not only do you hate my game soley for the visuals, even though you haven't purchased it and have the experience to back up your review's statements, but hate it so much that you believe you can create your own version with near-identical appearances from a game that costs money only hours after your initial review, then continue to disrespect and defile my work? Not to mention I saw down below you were working on a carbon copy of Nosferatu's Lair of Doom with "realistic" graphics, has an almost identical story and even copied some of the description from my game. Come on dude that's not cool. Can you try developing different games that aren't similar to mine? It'd be cool to see what kind of games your imagination could spark, y'know.

no, it's just i'm starting to enjoy the game and thinking if i could do an inspired game, like case animatronics is inspired by fnaf

I can already tell this is going to be a direct rip-off  of 'Strange Terror From The Deep'.  I know this is a cut-throat industry but it doesn't mean you have to act like a cut-throat.

No one likes rip-offs, try being original next time.

sorry. but it's sort of inspired by the game, well not to much is from the game, but not a rip off since i liked the game. and the story is different as well as graphics and gameplay.

look at my other games, they're not rip offs. and what makes you think it's gonna be a "direct rip-off" 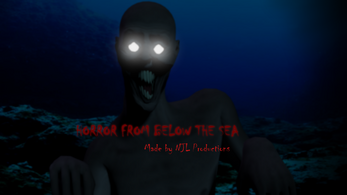